Full Name
Mr. Kishan Kumarsingh
Job Title
Head of Multilateral Environmental Agreements
Company
Ministry of Planning and Development
Bio
Kishan has been the lead Trinidad and Tobago climate change negotiator for the past 23 years and has held various leadership positions internationally including Chair of the Expert Group on Technology Transfer, and Chair of the Subsidiary Body on Scientific and Technological Advice to the United Nations Framework Convention on Climate Change, Co-Chair of the Ad Hoc Working Group on the Durban Platform , which is the body charged with negotiating the Paris Agreement (2013-14), during which he was able to table and adopt the decision on the Nationally Determined Contributions or NDCs which now form the bedrock of the Paris Agreement. He was also the lead negotiator for Trinidad and Tobago on the Escazu Agreement on Access to Information, Public Participation and Justice in Environmental Matters in Latin America and the Caribbean in which he played a leadership role in fostering consensus and facilitating adoption of that Agreement Nationally, he is Head of Multilateral Environmental Agreements at the Ministry of Planning and Development and is overall lead on coordinating climate action and international reporting on various Multilateral Environmental Agreements (MEAs), and advising on climate policy. He was the climate change advisor to the Minister of Environment and Prime Minister of Trinidad and Tobago in 2009 at the Commonwealth Heads of Government meeting and the 15th Conference of the Parties to the United Nations Framework Convention on Climate Change in Copenhagen.

To date he has led the development of the National Climate Change Policy, the Nationally Determined Contribution under the Paris Agreement and its Financial and Implementation Plan, and various other climate-related projects, and is chairing a Cabinet-appointed Technical Committee to coordinate the implementation of the NDC. He has chaired many Cabinet committees on various environmental issues.
Speaking At
Environment- Climate Change 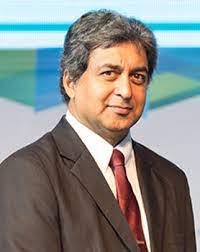